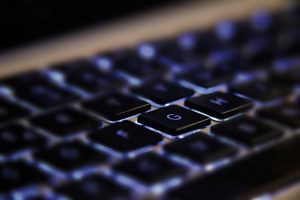 The use of computer technology has had a profound impact on the way we communicate, conduct business, and pursue recreational activities. According to the U.S. Census Bureau, more than half of the households in the United States owned one or more computers in the year 2000. In households with annual incomes over $75,000, the percentage of computer ownership rises to nearly 90%. These numbers are expected to increase as the next generation of computer wizards, the 90% of schoolchildren from ages 6-17 who had access to a computer in the year 2000, make the transition into adulthood.

Since Johann Gutenberg invented the printing press in 1436, businesses have relied on written documents to consummate transactions. A body of law developed to the address legal issues created by the use of written documents so that businesses could conduct their affairs in an orderly fashion. With the rapid accessibility of the internet to the general public, it was quickly discovered that the framework of laws developed to address written documentation was not always a perfect tool to resolve computer related issues.

The Internet spans the globe. No single government regulates it. This presents hurdles to the efficient administration of justice. For example, before a court can adjudicate a dispute, it needs to obtain personal jurisdiction over the parties. Although various theories have been formulated to decide if a court can exercise jurisdiction over a party, most incorporate a requirement that a party must have had a “minimum contact” with the local forum before a court can obtain jurisdiction over non-resident parties. In the context of electronic commerce, the only contact a potential party may have had with a particular forum is that someone from it accessed it’s web site. Courts differ as to whether the viewing of a website is a sufficient contact to force a non-resident to defend itself in a foreign state or country.

The number of issues that accompany the use of the Internet is diverse as the type of websites. Issues such as security, privacy, employee use and the formation of valid electronic contracts are all of importance to Internet users. The firm of Gault Davison, P.C. can assist you with your technology law matters and help you maximize your use of the Internet in a safe and effective manner.